After a long wait - Becky's Boyfriend just got price-matched. Kindle readers can go here to download it. 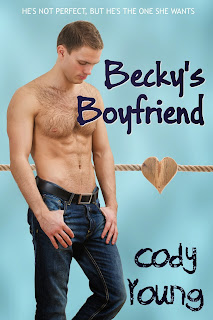 I wrote the first draft of this book when I was a teenager myself - though it went through heavy edits when I finally decided to allow this book out to meet people. It was released in August 2014 and to my surprise became my 'bestseller'  - hitting the lists in two categories - 'Coming of Age' and 'Teen and New Adult romance'. Some people love it, some people hate it. I agonized for a long time about whether to release it at all, but in the end decided that it had an authentic teenage voice that some of my more recent writing doesn't have. And it led to a sequel - because I couldn't have poor Ben feeling lonely forever after, could I? Hope you enjoy it, if you decide to download it. 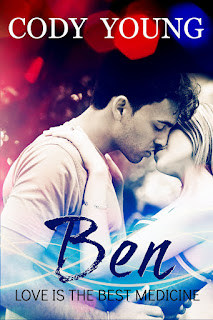 Ben is FREE on smashwords, Barnes&Noble, and Apple ibooks, and 99 cents on amazon http://www.amazon.com/dp/B00PEQCHQK
Posted by Cody Young at 4:29 AM No comments:

Planning what I'm reading over summer (which is now, if you live Down Under)

All except the first one are free for Kindle right now - which is cool!

Posted by Cody Young at 3:43 PM No comments: 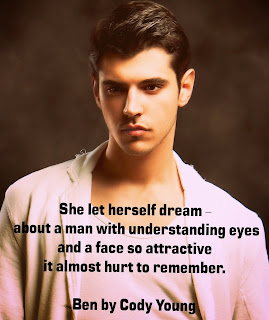 Excerpt from the book:
Two young doctors breezed through the waiting room like rising stars from the Screen Actors Guild. Both of them were tall, with smartly-styled dark hair and traditional white coats. One of them was passably attractive and the other, indecently good-looking. Neither a day over thirty. Men like that turn girls’ heads, thought the man sitting near the door, as a dozen people looked up from their battered copies of Hello magazine. Curiosity piqued inside him as the pair went by, capturing hearts like some people pick up fleas. Women love men like that. He glanced jealously at the girl sitting next to him, to see if she was doing a double take instead of reading her magazine like he had told her to.
And yes, she was looking, like everyone else.
“Layla!” he scolded. “Mind your own business, not theirs.”
But her gaze followed the doctors and her head turned as she tuned in to what they were saying. He couldn’t slap her – not here with all these other people watching. “Layla!”
Dr Better-than-Average was showing Dr Male Model the layout of the reception area. He seemed to be showing him the ropes – pointing out features of special interest like the new computer and the receptionist who would bring you a coffee if you asked her nicely.
“As you can see, it’s a full house here on a Monday,” said Better-than-Average, waving a smooth hand in the direction of the waiting room – which was packed with people, young and old, nursing all kinds of injuries and ailments. “It’s important to buy into our general rule that consultations should take about seven minutes.”
Dr Male Model must be the new boy, because he looked up and said, “Seven minutes?”
Ah, an idealist, maybe? A man with a conscience, wanting to do his best and give a bit more? Never mind, Doctor, you’ll soon be cured of that, working here.
“A great deal can be achieved in seven minutes,” said Better-than-Average, handing his new colleague a patient’s file. “I find it adequate in most cases. Of course, you can take a little more if you need to make a referral to a specialist, and a little less if you get something easy. Chicken pox, for example, can often be diagnosed before the patient’s bottom lands in the seat.”
He spoke in a loud confident voice and didn’t seem to care that he was breaking some illusions.
“Hear that?” whispered the man to the girl. “Seven minutes. That’s all you’ll get with him, if you’re lucky. So don’t mess it up. Understand?”
And the girl nodded. And then she looked again at the young doctor – the new boy, with the smart dark hair and the promise of a kind heart – and her face changed. She put a hand over her eyes like she wanted to run and hide.
“Can’t do it,” she said. “Don’t make me.”
And then she got up and tried to head for the door.
“Come here!” said the man, grasping her skinny arm and trying to make her sit down again. But she twisted and squirmed until she was free, and darted out of the door and into the street.

Free romance book
Ben is going free on November 13 - 16 (from midnight Pacific Standard Time)
Here's the blurb:
On his first day at work in a London medical centre, a young doctor meets a girl in trouble. Yes, it’s forbidden to get involved but there’s something about her and he needs to know more. She’s from a notorious part of town called the Rookeries, where life is a dangerous roller-coaster of highs and lows. Ben’s not the sort of man who can enter that world. Loving Layla makes it even harder. It’s a choice, and this time he’s got to get it right… 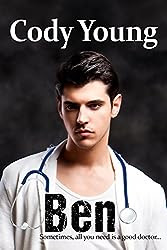 The hero - BEN - was the student doctor in Becky's Boyfriend. In 'Ben' we meet him again - in his first job as a fully qualified doctor. Hope you enjoy it.

Posted by Cody Young at 9:55 PM No comments:

With Becky's Boyfriend selling more rapidly than any of my other books - I am under pressure to write Ben's story. Ben is the student doctor who appears in Becky's Boyfriend who "looks like he belongs in an effing perfume commercial". Without giving away TOO much of the plot of Becky's Boyfriend - Ben really needs a love story ALL OF HIS OWN. For that reason - I am 35,000 words into a new book - all about Ben. He's five years older than he was in Becky's story. He's twenty-eight and he's sexier, moodier and funnier than ever before. This is one of the images shortlisted for the cover art: 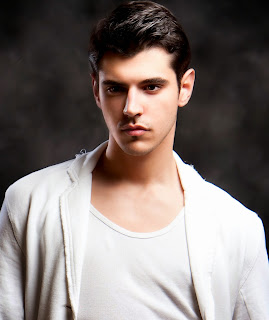 I will be keeping you posted with updates about the cover, the blurb and the release date soon.
Johnny's Bride is not too far away either...

After almost a year away from writing and promoting books, I am back. Writing every day, promoting every day. With my new release, Becky's Boyfriend, I was determined to try some NEW strategies to increase the visibility of my books and for that reason I have been looking into the best sites to get my book 'discovered'. Many of the sites require a certain number of reviews before they will list your book, and for that reason, my first port of call was eBookSoda - a new readers' site where they'll send you ebook recommendations tailored to your taste. They will consider new releases, but books with good reviews are more likely to be accepted. I was delighted when they accepted Johnny Doesn't Drink Champagne (which already has 50 reviews) for their newsletter and will definitely be asking them to take 'Becky's Boyfriend'

Johnny Doesn't Drink Champagne is being featured on eBookSoda on Saturday August 30th 2014. Yay! Find them at www.ebooksoda.com.

Anyway, back to Becky's Boyfriend.

At the time of its release it had no reviews (I hadn't remembered to do advanced reader copies of this one - it went to kindle first, and is now in print, and will soon be available as an audiobook, fingers crossed) so I let it go free in its first week of release and contacted all the usual sites that pick up the free books. I contact THIRTY sites and these were the ones that picked it up - thank you, thank you, thank you. I got two thousand downloads, and a five star review.

I also posted to these FB pages: Author Expo, Indie Kindle and Books gone Viral
There are many others, but I am very bad at Facebook. I listed a Goodreads Giveaway for Becky's Boyfriend and details of that are here.

This morning I was delighted to find that Becky's Boyfriend is outselling all my other books. Many thanks to my wonderful readers. For people waiting for Johnny's Bride - it's next.